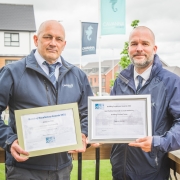 We are thrilled to announce that our new homes development, Kings Orchard in Stoke Gabriel near Totnes, picked up not one, but two dazzling awards at the Building Excellence Awards ceremony hosted at Newton Abbot Racecourse last Thursday evening.

Devon Building Control shortlisted Kings Orchard for Best Large Development which received a gold award on the night and nominated the firm for Best Partnership with a Local Authority – South Hams District Council – which we also won. 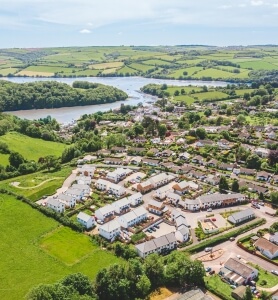 Categories were assessed on compliance, quality, accessibility, energy conservation and sustainability of their projects, and recognised for the outstanding contributions of their teams who achieved the highest standards of construction.

Mark Wyatt, Build Manager for the Stoke Gabriel scheme said, “This is the ultimate endorsement which has been earned by everyone who worked on the site from beginning to end. The location, how the development process was run, and the quality of the homes we delivered have contributed to this award.

Managing Director, Keith Miller said, “We are incredibly proud to have received the gold award for our homes at Kings Orchard, and to have been nominated and awarded for the partnership formed with South Hams District Council. This is a very well deserved recognition of our hard work, attention to detail and collaboration with communities.”

Kings Orchard will now be put forward for the regional LABC Building Excellence Awards with the potential to go through to the LABC Grand Finals which will take place next year. 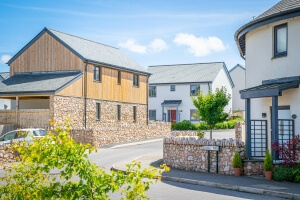