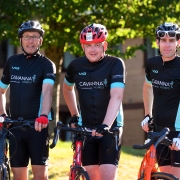 The ‘Magnificent Seven’ team of charity cyclists from our head office, have beaten their fundraising target in the 2022 Ride for Precious Lives event – by some distance!

When they saddled up for the 215-mile annual bike challenge in aid of Children’s Hospice South West (CHSW), the team were hoping to top the £7,000 they raised last year… And that, they did.

After successfully completing the ride from Bristol to St Austell, donations and sponsorship have exceeded the £11,000 mark, which is enough to pay for nearly 600 hours of vital care for families facing unimaginable challenges. 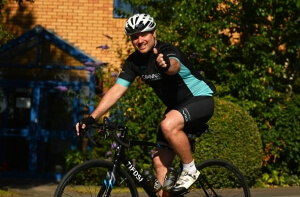 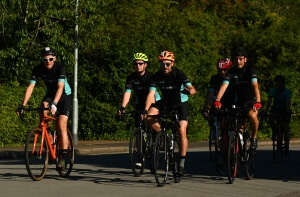 Ben Rowntree, who took part in the charity ride for a third time in a row said, “We beat our target in the 2021 ride so to do it again, and by an even bigger margin, is just brilliant.

“It was a tough ride, especially in the heat, but the generosity of everyone who supported us carried the whole team through to the finish and we can’t thank you all enough.

“Here’s to next year – and hopefully an even bigger sum raised for Children’s Hospice South West and the incredible work they do.”

Henrietta Olsson, Area Fundraiser for the charity said “Cavanna Homes are incredible supporters of CHSW and we were thrilled that staff were able to jump back in the saddle for their third Ride for Precious Lives. They were pushed to their limits physically and mentally, with the added challenge of the heat to deal with. But they helped raise an incredible amount of money to help provide vital care and support for children with life-limiting conditions and their families.” 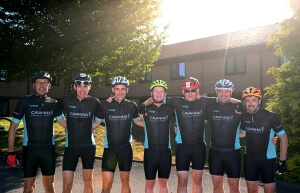